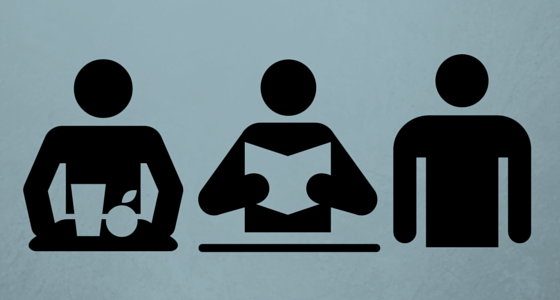 I sent out three meeting requests to three prospective mentors in the past week (on March 11, 12 and 13), through three distinct approaches/channels: a referral, a cold call and a continued LinkedIn conversation.

Then, I had a nail-biting week waiting to see if any of these prospects would respond and for awhile, it looked somewhat grim. As life often throws off the best laid plans, M took a week to response because she was away in Salt Lake City. After waiting three business days for L, I followed up by phone, discovered she’s on vacation until March 23 and left a voice message. D responded after four days.

So I now have my first meetings tentatively set with M for this coming Tuesday (March 24) and with D on Saturday, March 28. The later first meeting with D gives me time to work up draft wireframes of my senior project, which he previously agreed to look at.

In the interim, I’m planning for these meetings and learning what I can about these individuals.

M’s facebook profile tells me she’s a skier and a mom with two little girls but I can’t see into much of her recent life, as she wisely tightened her privacy settings last spring. Her LinkedIn profile seems to show her major transition into digital came in 2000, about six years into her career, when she worked in the Toronto office of a US digital agency. She also has strong staying power, having stayed a minimum of two years in all her roles and nine in her current role as an Account Director for a global agency.

I’ve committed to send her an overview (i.e. agenda/POAD) on the weekend. One of the first things I’d like to learn is how she made the leap from ‘intense’ hard copy government/financial services account management to digital. I think it may also be safe to add enquiries about tools/training to boost my analytic skills to the agenda for this first meeting.

As for D’s background, he’s pretty quiet on social media. From what I can tell, he has a LinkedIn profile and Twitter account, which he’s set aside for a couple of months. Still, his tweets tell me he’s interested in classical music, Toronto trivia and its congestion challenges, plus innovative apps, designs and data visualizations.  I re-tweeted his post on a data visualization project from MIT to help build support and because it was interesting. His background is a mix but I really want to learn about best practices in UX to incorporate in my senior project and elsewhere.